I believe making an album to be amongst the most profound and creatively life-affirming experiences that a musician can have. The work of creating does not end once a song is written (you can learn more about my songwriting process here). The recording process itself carries with it a vast array of different kinds of challenges, spread across many different areas, which must be why it is so deeply rewarding when it all finally comes together. Here are three key elements which helped me in the process of making my current album, and I hope that you find them helpful to you as you embark upon your own creative recording journeys…

A few months before going in to the studio for my recording session, I set up a gig, but with the additional factor of having it filmed in order to add a few fresh videos to my YouTube channel, featuring a couple of the new songs which I was gearing up to record. In the process of preparing my vocals and the arrangements for the live, one-take approach that comes with filming, I realized after the fact that I had essentially done a pre-recording run-through, but with the added benefit of coming away with something tangible to show for it. There was something really valuable for me in creating a dry-run situation with a manageable dose of pressure.

Something which helped me with my latest recording was picking a small group of trusted people, and then keeping the record as much as I possibly could within that chosen family. Now of course some recording may require a greater number of different people involved — which can include string sections, choirs, programmers, special guests, etc. However, even in that situation, I would always encourage keeping a tight core of a few trusted people at the heart of the album to build a strong base, and then be selective with regard to additions over and above. I found this approach stabilizing and helped bring a sense of cohesion to the recording.

Taking the time to pre-produce overdubs, where possible, ahead of time has helped save me time, money, and stress in the studio. For example, with my own keys overdubs, in order to figure out whether a song would benefit from Hammond/Rhodes /Whirly/piano, I played along with the roughs, experimented, and then laid down my “final” demo overdubs, to be replaced later in the studio. This has the double benefit of familiarizing me with the original tracks, as well as giving me a reference when I’m in the session, if needed. I repeated this same process with the background vocals, and then for guitars, which I don’t play myself — I simply scratched out a few words reflecting possible approaches on the charts in certain sections. Whether overdubs are to be performed by you or by someone else, a little preparation in this area can go a long way when in the studio.

While going in to the recording studio as prepared as possible is important, I also wanted to emphasize that the most effective recordings that I’ve been a part of have struck a balance between intense preparation combined with an openness for things to be adapted and to move in unexpected directions as informed by the particular moment. Leaving a little space for some unforeseen magic to enter the room is always a good idea, and going in to record with a strong working framework will help to create the stable and fertile ground for your recording to blossom in both the expected, and unimagined….

Interested in hearing more about Oli’s music-making process? Sign up for his course, The New Songwriter’s Workshop today! 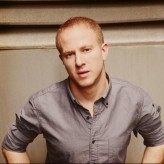 Oli Rockberger is a singer/songwriter, pianist, arranger and producer, currently working on his 4th solo album. His credits include Carly Simon, John Mayer, Jesse Harris and Judy Collins amongst numerous others, with recent projects including the launch of “The New Songwriter's Workshop" in creative partnership with Soundfly.