I’m not sure if you’ve heard, but dreams do come true: Frank Ocean has reappeared with not one, but two albums as a follow up to his critically acclaimed 2012 debut, channel ORANGE. The spoils of this past weekend have been in the works since then and were actually expected to arrive in July of last year.

For whatever reason, Frank did not see it that way. When he emerged from his absence a few weeks ago as a carpenter via a mysterious streaming video on his website, without an album in hand, his fans cursed his very existence. But Friday saw the dawn of a new day, with Endless, a visual album released exclusively to Apple Music’s streaming service, and followed by Saturday’s release of Blonde!

Endless replaces the sounds of footsteps, drills, and power saws in the streamed video with 45 minutes of stream-of-consciousness music and lyrics, while you watch Frank (spoiler alert!!!) build a staircase (I’m a little sad Bob Vila couldn’t figure this out). The album flies through lyrics that tackle a myriad of topics, from love (hetero, homo, familial) and sex to existentialism to his status as a celebrity. While none of these topics are new or revolutionary by themselves, Frank’s lyrics allow the narrative to produce worlds that are both deeply unique and exclusive to his voice, while resonating familiarly and nostalgically with listeners.

There are tracks floating around in Endless that have no lyrics, but rather feature gently guided melodies. Most songs are incomplete and cut out as soon as you get comfortable. In this mixtape of music, the lyrical content takes center stage. Frank’s words are dense and comprehensive, only knocked out of the limelight when the raw emotion of his voice is realized.

I will have to be frank with you before we go any further with this discussion: I am a huge Frank Ocean fan. Quite possibly the hugest. Please don’t argue with me; it will not be contested. 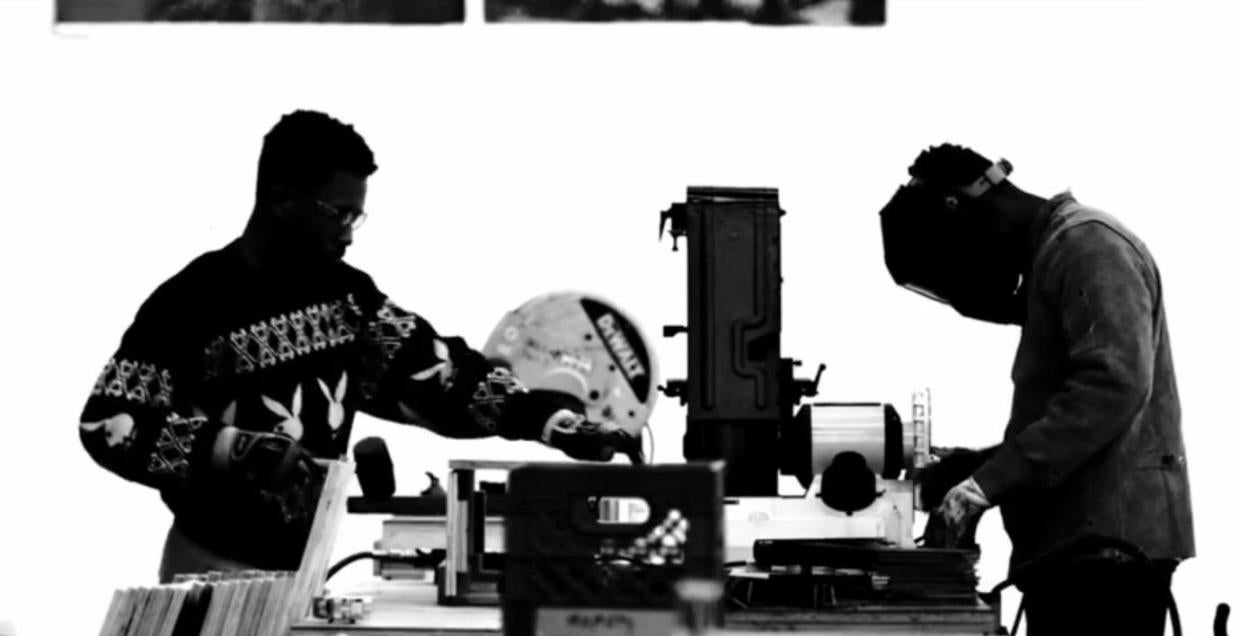 + Read more on Flypaper: “Sampling as Instrumentation: How Recorded Noise Found Its Way into Music”

Frank Ocean comes off as an enigma in many aspects of his persona, and his writing is a huge part of that. His lyrics are a constant tug of war between literal and metaphorical phrasing. While we associate Frank’s output thus far with modern R&B and pop, he sees it differently. His storytelling is rooted in the freedom allowed by today’s way of compositionally sliding through genres. Hip-hop has played a major role in this, which is evidenced by his more than willingness to rap. In an interview with The Quietus, he explained:

“If you listen to [‘Novacane’] and you don’t at least give a little bit of the props to hip-hop and what came from that, then you’re limiting it. And that’s why I always say that about the genre thing, because that’s what it does. When you say ‘it’s that,’ you listen to it in a certain way. And you might not necessarily miss it, but it’s just inaccurate, and you’ll miss a couple of things, contextually.”

A lot of what happens lyrically on Endless appears to be incoherent, fragmented, and, at times, just plain weird. The dots don’t connect immediately, and on the first listen, it’s difficult to really discern what he means, though you may get a general idea of his direction. A great example of this happens in my favorite moment, the hook of “U-N-I-T-Y”:

U-N-I-T-Y
Neptunes and peace signs
Chiraq, Palestine life
I rebuilt 1995
You’d think there was airstrikes on outside
I put refugees in my villa

Just reading these lyrics down, you might think someone just threw some cool phrases together. Taking a step back, however, you can paint a larger, more colorful picture. In 1995, a NATO air campaign called Operation Deliberate Force resulted in the dropping of more than 1,000 bombs on the Bosnian Serb Army in retaliation for their having attacked UN designated “safe areas.” Chiraq, an unfortunate nickname for Chicago due to it’s reputation for homicide, and Palestine, a country that has been going through an extremely bitter conflict with Israel, help paint a picture of unnecessary destruction. Unity and peace are what anyone opposing that kind of violence would ask for.

We all know he’s not singing literally, considering Frank was all of 7 years old when the airstrike happened. It could make sense, however, to use all of that imagery figuratively, to detail how distraught he felt dealing with a romantic relationship from his past, or as a parallel, to mirror the global refugee crisis resulting from the Syrian civil war today. Even in the context of the first verse (where Frank raps about himself for a majority of the verse), his talk of peace and unity amidst turmoil could, at the same time, feel completely disconnected and parallel.

Collage as a Lyrical Device

Frank will weave together very literal moments with seemingly bombastic, though fitting, imagery. These events are usually things we have experienced or could experience on our own, but he takes advantage of his imagination to paint them with his own colors. The colors appear so strong (or vague, depending on your interpretation), that they can be mistaken for huge ambiguities in the middle of what you assumed was a clear and obvious palette of thought.

Frank is known to load his lyrics with hidden meanings which often only begin to reveal themselves upon further reflection. The duality of his intent allows for moments where he’s able to pick multiple perspectives and indecisive moral standpoints to collage together to create layers. In his duet with Jazmine Sullivan somewhere in the middle of Endless, we hear the lyrics “try to love the one you’re with tonight” and “I know you’re in there somewhere, you came with someone,” which are almost undeniably directed to a love interest. But is it also possible that this text is pointed inward, to nobody but himself?

Check out this passage:

Late at night, sometimes, it helps
You don’t have to be all by yourself
In a moment, life could ruin
This could all be your regret

What I initially confirmed to be a love song almost instantly became a song about self-reliance and confidence in the face of loneliness and the pain of feeling alone. Your conscious destroying your confidence in the dead of night is the opposite of what we colloquially refer to as “shower thoughts.” Loving the “one you came with,” the you you’re born with, is a key part to overcoming self-doubt. Learning how to trust yourself enough to actually deal with yourself is difficult. All that said, I think it is also fully acceptable to ignore this analysis entirely and apply these lyrics literally to reflect the ins and outs of a relationship. It really depends on the listener and the situation.

Frank conceives and realize his narratives in a way that allows him to be both the driver and the passenger. He ostensibly pushes each storyline along at his own pace, yet he lets his listeners feel as though they are making each next decision and altering the outcome. It can even feel a little like he never really finishes what he starts with his lyrics, so these stories are open-ended. Maybe it’s because most of the music on Endless feels as though it doesn’t start or begin, but rather exists in between everything else. There is just enough information to tell a story, but if you’re not paying attention to detail the way he instructs, you will have to find your own path to an answer instead of expecting it to arrive at the conclusion of the piece. 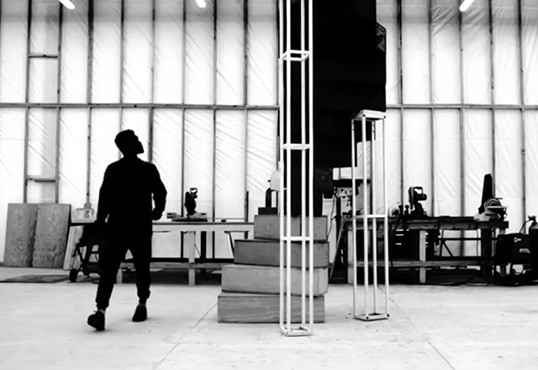 Let’s just keep one thing in mind: While listening to Endless, we’re essentially cruising through a collection of b-sides and would-be rarities. But don’t mistake this for laziness. Frank most definitely believes in this music, as fragmented and collaged as it is. These are sketches left open-ended, leaving us with lyrics that lead to unknown destinations, should we be willing to follow. Coupled with a music video that is equally evasive, Frank has undoubtedly made a piece of art that will take time to unravel and become familiar, something unique within this world of disposable and consumable media.

Now, if you’ll excuse me, Blonde (formerly known as Boys Don’t Cry) was officially released Saturday night, and if I put off listening to it any longer, I cannot continue to call myself Frank’s biggest fan.