+ Recording and mixing your songs at home? Preview Soundfly’s online course, Modern Pop Vocal Production for free, and subscribe to get unlimited access for just $39!

When you’ve been in the music industry long enough, you get used to hearing certain terms after a while. And I’m not talking about the kind of timeless terms that have been determined by musicologists, but the ones that have been coined only recently by musicians who felt the need to do so in order to communicate better with each other.

For example, the whole concept of “toplining” may still be foreign to most non-musicians, but if you’re a songwriter who frequents co-writing sessions, there’s no way you haven’t heard of it before. Likewise, the term “scratch vocal” might confuse some, but almost every singer or songwriting producer you meet will know that one intimately.

Chorus impact accentuators, often abbreviated to “CIAs,” is a term that’s still fairly new in this category — whether people know about it at all yet — but it keeps popping up more and more nowadays. Simply put, chorus impact accentuators are any element in a production that makes the chorus more impactful and powerful. That can be a reversed crash cymbal sample that flares up and preps our ears for a drop, or even a half a measure of complete silence leading up to the chorus, making its arrival all the more epic.

When I produce a track, chorus impact accentuators are always on my mind, especially at the final stage. And while I attempt to challenge myself by trying new methods every now and then, I do have some go-to accentuating techniques that I frequently rely on (and I’m not the only producer who does so). So here are some of the classics.

The reverse crash cymbal technique is one of the most common impact accentuators. Some producers prefer imitating this sound with automated white noise samples fading in, or a reversed tambourine sample instead of a reversed crash cymbal. Either way, that whooshing sound leading up to the chorus can be so easily overlooked, but it’s one of those sound effects you’d miss if it wasn’t there.

Another extremely common and timeless technique to make your chorus shine is simply cutting the music out completely for half a measure or even an entire measure in some cases. Some of today’s electronic producers also prefer cutting out effects such as reverb and delay, to make that moment of silence even more dramatic, like you’re falling off a tiny cliff. This technique is especially fun to apply in situations where the chorus vocals start with pick-up notes from the previous measure.

Listen to Halsey’s “Nightmare” and jump to 1:03 to hear the power of cutting everything out altogether.

Filter sweeps are most commonly used in electronic music because it’s a popular effect that DJs rely on to impose a sense of ebb and flow on the crowd. It’s that underwater effect of gradually surfacing, or opening up, until the chorus finally hits. It can also be the exact opposite, where a producer will gradually close off a ton of the frequency content so it sounds like it’s getting smaller and smaller, before letting it all back in at the perfect moment to slam the chorus back in even harder. This is especially useful if you’re working on a beat-heavy dance remix and you want the bass to be intensely at front and center when it drops.

Check out this Gryffin remix of Years & Years’ “Desire” and skip to 01:13 to hear the filter sweep right before the drop. 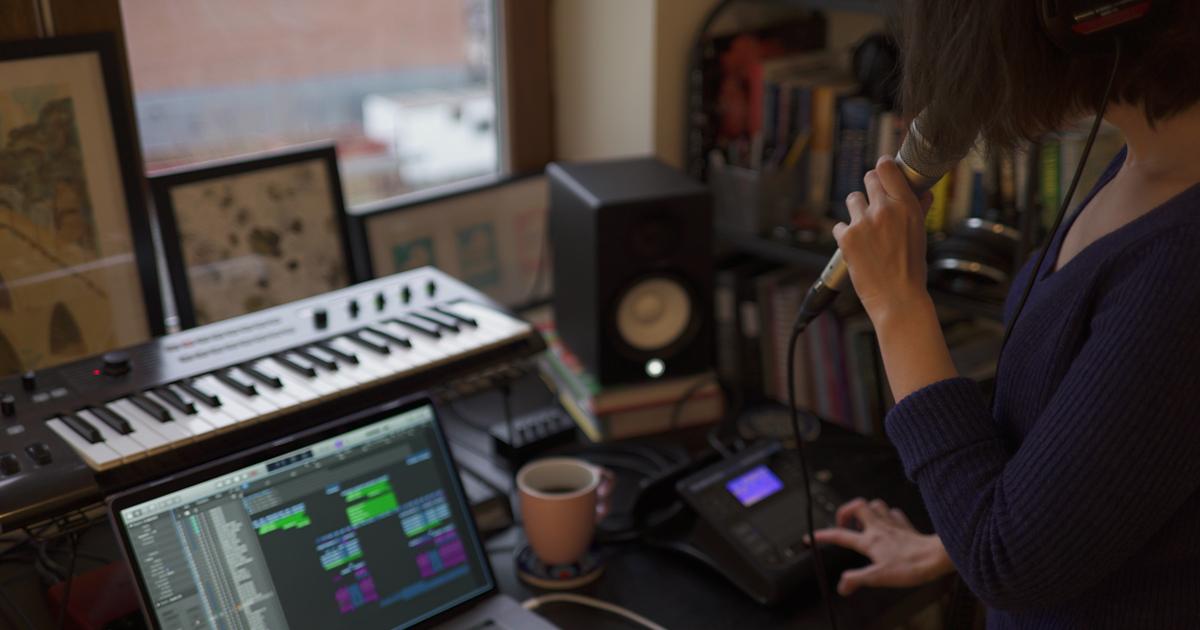 4. The Snare and Tom Fills

No matter what kind of music you listen to, there’s almost no way that you haven’t come across one of these impact accentuators in today’s electronic-heavy music landscape. Whether it’s a bunch of pitch-altered 808 snares in a trap song or some tuned toms in an ’80s inspired synth-pop track, drum fills are a great way to let the listener know that the chorus is about to hit.

The snare fills at 00:39 and 1:45 in “Get Out” by CHVRCHES definitely serve this purpose well.

5. The Strip Down the Chorus to Lead to an Even Bigger Chorus

Producers will use this technique when they have a double chorus in their hands. If the second half of that double chorus will also be the final chorus, it can be a challenge to keep the energy at peak level. And, of course, nobody wants the final chorus to be one that loses its impact or gets boring near the end.

A great example of this technique comes from P!nk. At 2:03 in “Walk Me Home,” she sings the chorus an octave below, accompanied by nothing but an acoustic guitar, which makes the final chorus that returns later all the more impressive and memorable.

This technique is so common in dance tracks that it’s almost a cliché that cannot be avoided. If you frequent raves, dance clubs, or electronic music festivals, you’re probably used to hearing claps, snares, toms, or kicks that start with quarter note hits, then speed up to eighth notes, and then finally reach for sixteenth and thirty-second notes as you get closer to the drop.

Here’s a new track from Armin van Buuren showcasing this technique with the kick pattern at around 00:37 first, and then again with the snare at around 00:59, to give the lister something that immediately feels familiar, even though it’s brand new.

This technique is most widely used as an alternative to the “speeding buildup” technique. Here, the buildup section is supported with a marching snare-type instrument, serving the purpose of increasing the energy right before the chorus or the drop.

One recent example comes from KSHMR in “My Best Life (feat. Mike Waters).” Jump to 0:45 to hear the snare pattern that’ll hype you up before the drop.

We usually expect the energy to be at peak level in the chorus, but the matter of what “peak level” actually means is open for debate. In most cases, the chorus or drop sections will be the loudest parts of the song, but there are some producers out there who play with our emotions every now and then, and delay that ultimate satisfaction. You might want to go with the approach of creating a very busy pre-chorus that can potentially lead to an even busier chorus, but then leave listeners with a minimalist, stripped-down chorus which somehow counterintuitively hits really hard.

Or you can divert expectations by dropping out most of the instruments right before the chorus, creating the illusion that we’re about to hear an explosive chorus, only to find a mellow one instead. When done right, this is a technique that can lead to some unpredictably climactic aural experiences, but it’s less formulaic compared to the other methods, and therefore it takes practice to get it right.

Listen to Lorde’s “The Louvre” to hear the chorus that no one saw coming.