Welcome to part 2 in How to Achieve the Perfect Country Twang! In part 1, you learned what the heck “vocal twang” is and how it differentiates from twang in a colloquial sense.

Just to recap — vocal twang is a useful vocal technique. It has very little to do with the cat-like, nasal quality that we commonly associate with country singers. Twang doesn’t mean singing out of your nose. Instead, it’s actually a physiological technique that reshapes your larynx. Twang changes up the tone, volume, and quality of your voice. It’s the first important piece of gaining that essential “country” sound.

The second important piece of this whole process is… country accents!

It ain’t country music without a southern drawl.

Or… at least that used to be the case. These days, many singers on country radio have forsaken accents altogether. The definition of what is “country” is becoming looser and broader every day. But what we’re studying today is that quintessential Southernality of classic country music. It’s been exhibited throughout the genre from the 1950s to the 1990s. Listen carefully to the verses in this recording of Hank Williams singing “I’ll Fly Away”.

His voice is steady like a freight train, but every other word or so you can pick up the slight lilt of an Alabama boy. A more recent example would be George Strait singing “Amarillo by Morning”. Listen to the way he sings the line,

Everything that I got,
Is just what I’ve got on.

The word “everything” becomes everythang, and “on” becomes something closer to awn. Classic Texas.

Right away you can hear the Southernality in both voices, but you can probably tell that each of them sound distinctly different. That’s because the southern accent isn’t actually one, universal accent.

There are many different types, each one defined by the state or region the singer grew up in.

Each state in the South has its own, unique accent.

All southern singers bring with them an accent that is as as individual as their home state. Let’s take a look at some of the common southern accents from around the south: The Mississippi accent is the true Southern drawl. It’s slow, musical, and drawn out.

Like many Southern accents, it’s non-rhotic, which simply means there are no R’s. Words like “butter” and “mister” become butt-uh and mist-ah.

Ing’s are typically dropped from the ends of words. “Drinking” and “running” become drinkin’ and runnin’.

Vowels change drastically. This accent is so slow in fact, that single vowels become diphthongs. Diphthongs are vowels that have 2 distinct vowel sounds or syllables within them. “Pen” becomes pee-ehn. “Play” becomes pl-ah-ay. Alabamians are fast talkers. They’re quick with their words, and their oral posture (position of their jaw and tongue) is a bit tense sounding, much like they’re talking with their mouths partially closed.

It’s not a non-rhotic accent, so R’s are present.

Words are not lengthened, but instead are staccato and spoken economically. In fact, one of the main features of the Alabama southern accent is their economy of language. Smaller words like “and,” “is,” and “the” are often combined into quick runs: “I’m going to the store later.” becomes “I’m goin’ tuhthuh store later.” Overall, a Texas accent is much less musical in pitch. It’s steady and restrained.

Like the Alabama accent, the mouth is a bit tense. There are no open O sounds, as the corners of the mouth are pursed.

+ Read more: Don’t strain your voice while you’re working on your new style, follow these rules to keep your singing voice healthy!

Applying a southern accent to your singing

The best way to apply a country accent to your singing is to study what others are doing, and mimic what you hear.

Pick out an artist that you absolutely love, pull up a song you know every word to, and study it. How does he or she sing their R’s? Their ing’s? Examine the vowels. Look at words like: thing, what, where, by, night, and I.

Grab a pen and paper and write down these particular words. As you’re playing the track, print out the lyrics, follow along, and note what the word sounds like next to it.

Say the words out loud. Feel the way your lips and tongue stretch and bunch. Say them slowly at first, then build up to a conversational speed. Say aloud the line they’re from. Speak the verse.

Then try singing along with the recording. The point of this is to really sing the track exactly like you hear it. You’re going to want to parrot it closely. Don’t worry, mimicking right now is perfectly ok. You’re just practicing to get a feel for it.

Later, you can come back to your own music and try your hand at singing it with your new found country accent. And if you forget, take it from George and “write it down.”

Bringing it all together

Now that you know how to utilize twang in your singing voice, and how to put on a Southern accent, try bringing them both together. Pick a single verse or chorus in one of your own songs and try it out. Say the words in your newfound accent, and use twang for the high notes. Just go for it! If it sounds put-on at this stage, don’t fret. Practice makes perfect.

Sing it over and over again until you don’t have to think about it anymore. Then, the magic can start to happen.

Once you’re not focusing on learning an accent or a vocal technique, you can start to really add your own, unique artistry to the song.

See, all your efforts up until this moment have been focused on craft. Now that you have the technical stuff down, you don’t have to think about it anymore. All your energy can go into interpreting the song.

So sing you heart out!

(Click here for Part 1 of this series on “Vocal Twang”!) 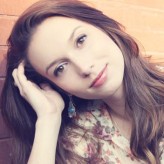