Bowie Production Theory: 4 Influential Things Bowie Did in the Studio It goes without saying that David Bowie was a brave and pioneering artists of many firsts.

He was both influential and inspiring in the way he went about his art. When we delve into some of the sonic explorations that came along with the making of two of Bowie’s most beloved albums, Low and Heroes (both from 1977), we start to see a bit of a pattern emerge. Bowie’s music was produced and recorded in ways that boasted courage in new sounds and ways of delivering meaning, and spontaneity, a central tenet of his songwriting style.

With singular producers Tony Visconti and Brian Eno by his side, Bowie had himself a one-in-a-million production team in the studio, perhaps even further allowing him permission to take risks other pop artists wouldn’t. New technologies were embraced and other techniques developed, which to this day, serve as influential to many a producer.

My mission to learn more about the recording of Bowie’s Low and Heroes called for a conversation with distinguished producer, and avid Bowie fan, the riveting Matthew Fink.

Together, Fink and I identified what we believe to be among the four most influential things that Bowie and his ingenious gang did in studio while they were recording and producing some of the 20th century’s greatest pop music — pushing both listeners’ and artists’ boundaries in the process.

Bowie was keen to experiment with electronic effects at the time of creating Low, being curious of strange and radical sound development.

In 1974, the Eventide H910 Harmonizer was released as the first commercially available digital audio effects device. As Visconti was one of the first producers to get his hands on one (the second person in the whole of Europe), allowed them to achieve a mysterious new sound in the studio — a sound that no other producer could quite pin down at the time.

Fink tells me the story of how Bowie and Eno were on a conference call with Visconti one evening. Visconti expressed his excitement over acquiring the Eventide H910 Harmonizer. When Bowie asked about what the device does, Visconti replied, “It fucks with the fabric of time.”

The harmonizer combined de-glitched pitch change with delay and feedback. It could be controlled by a keyboard remote to instantly shift pitch in half steps. It featured a two-octave range and up to 112.5 milliseconds of delay. 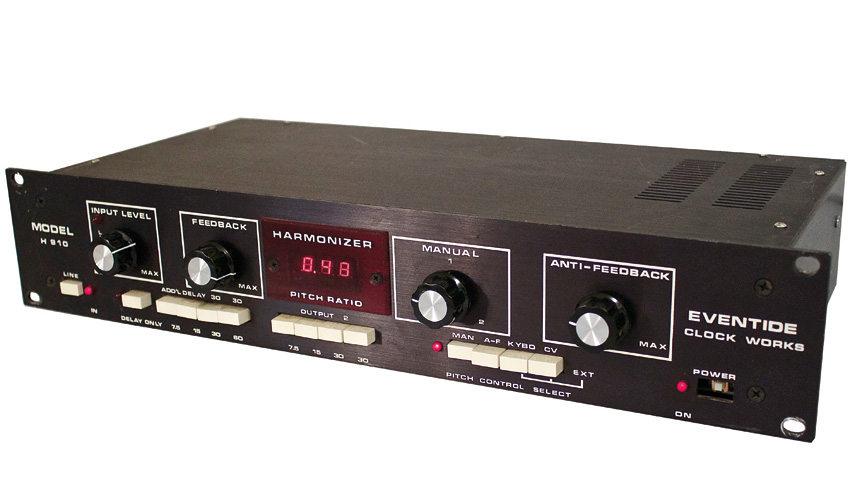 The use of the harmonizer in the studio was groundbreaking, being especially effective on the drums and vocal takes. Visconti notes that the specific sound, “The Low Sound,” has been used on hundreds of albums since.

Heroes was recorded at Hansa Tonstudio in Berlin — a unique setting that was embraced and marvellously exploited for its acoustics. It is also known for being pivotal to the sound of Heroes.

To capture Bowie’s multifaceted vocal sound, three microphones were used: one close up, one at 15 feet away, and one at 20 feet away.

Fink explains to me that the first mic was relatively compressed, while the second and third mic was set up with gates that would open once a certain volume threshold was reached. The one closest to Bowie would capture the soft vulnerable timbre in Bowie’s voice while the furthest would capture his bold belting baritone, resonating through the hall, and creating a surging reverb.

This technique was so successful because it embraced the said reverb created by the environment while no subdued detail went uncaptured — which in turn, encouraged a unique vocal performance by Bowie.

+ Read more on Flypaper: “5 Creative Ways to Use Delay in Your Mix.”

Tape Flange on the Bass

The bass on Heroes, played by George Murray, served as the foundational rhythm tracks of Bowie’s songs. A technique known as tape flanging was used on these bass tracks; a revolutionary sonic effect.

The technique comprises two tapes that are run at the same time on a tape machine, setting one slightly out of sync to the first, explains Fink. The slight delay of one tape (less than 20 milliseconds) creates a swooshing sound that sweeps forwards and backwards out of time, as well as up and down the frequency spectrum.

This effect, the said sweeping swoosh, was characteristic to the entire album, and inspired the origins of many effects pedals since.

+ Learn audio production, composition, songwriting, theory, arranging, and more —  whenever you want and wherever you are. Click here for unlimited access!

The most common technique at the time was to record dry and add effects afterwards. Defying the norm, Bowie and his team decided to record effects straight to tape.

It was a means to achieve an “honest” sound and to capture an “honest” sense of passion. As sonic triumphs would unveil itself, whether it had distortion, or delay, or an echo, it would be captured just as it occurred, right there in the moment. This is a technique that required bravery and confidence since, once captured, they would be stuck with it.

At the end of the day, however, the result was worth the risk.

Fink expressed how he learned this technique from Bowie and Visconti decades ago and how he follows it to this day:

“I compress to tape, I limit to tape, everything I do, I do straight to tape because that’s how I hear it in the room on the day and that’s how I want to hear it back. Engineers always tell me you can’t limit to tape… to which I always say… “F*^#ing watch me.”

Musicians brave enough to explore alternative means to creating and capturing sound are always the ones who end up having something valuable to teach the rest of us. And from Mr. Bowie, we have tons to learn. His courageous zeal for artistic expression and experimentation truly paid off in his music, and holds influence over decisions made in recording studios to this very day.

Keep searching for new sounds, keep the tape rolling, and keep looking for the most interesting way to say the thing you want to say. That’s how you stay relevant for over 50 years.

Carla Malrowe is an avid alternative songwriter and vocalist from South Africa. Her electro-industrial project, Psycoco, just released their new single “Stay Awake.” Malrowe’s music is a haunting juxtaposition of electronic and analogue sounds with lyrics that explore a post-apocalyptic conflict between love and loss. Her solo album is underway.