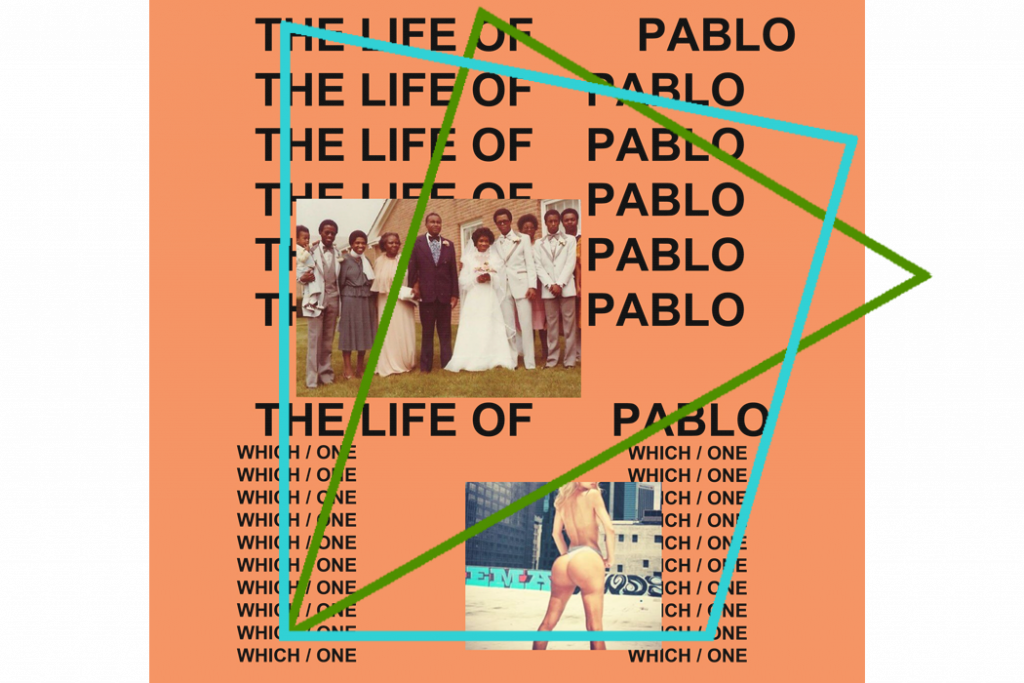 The first song on Kanye West’s The Life of Pablo album, and my favorite so far, is the beautiful, gospel-saturated “Ultralight Beam.”

The song uses only four chords, but they’re an interesting four: C minor, E♭ major, A♭ major, and G7. To find out why they sound so good together, let’s do a little music theory. “Ultralight Beam” is in the key of C minor, and three of the four chords come from the C natural minor scale, shown below.

Play around with the concepts discussed in this article using the interactive keyboard from our course, Theory for Bedroom Producers called the aQWERTYon. 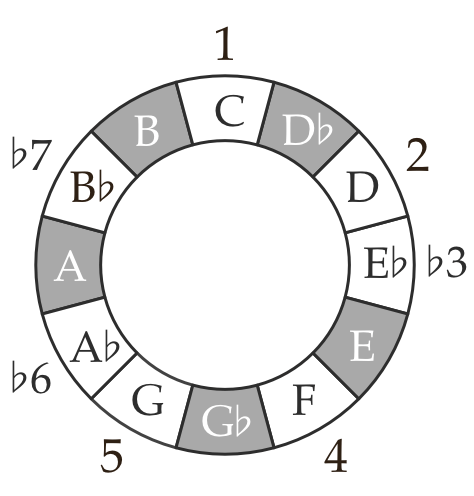 All we’ve really done here is rotate the circle three slots counterclockwise. All the relationships stay the same, and you can form the same chords in the same way. The two scales are so closely related that if you noodle around on C natural minor long enough, it starts just sounding like E♭ major. Try it!

+ Learn more: Continue exploring how to apply music theory to the songs you love in our FREE course made in partnership with NYU’s MusEDLab, “Theory for Bedroom Producers: The Black Keys”!

The last of the four chords in “Ultralight Beam” is G7, and to make it, we need a note that isn’t in C natural minor (or E♭ major): the leading tone, B♮. If you take C natural minor and replace B♭ with B♮, you get a new scale: C harmonic minor. If you make a chord starting on G from C natural minor, you get G minor (G, B♭, D). The chord sounds fine, and you could use it with the other three above without offending anyone. But if you make the same chord using C harmonic minor, you get G major (G, B, D). This is a much more dramatic and exciting sound. If you add one more chord degree, you get G7 (G, B, D, F), known as the dominant chord in C minor. In the diagram below, the G7 chord is in blue, and C minor is in green. Feel how much more intensely that B♮ pulls to C than B♭ did? That’s what gives the song its drama, and what puts it unambiguously in C minor rather than E♭ major.

The track states this rhythm very obliquely. The drum track is comprised almost entirely of silence. The vocals and other instruments skip lightly around the beat. Chance the Rapper’s verse in particular pulls against the meter in all kinds of complex ways.

The song’s structure is unusual too — a wide departure from the standard “verse-hook-verse-hook” form. The intro is six bars long, two bars of ambient voices, and four bars over the chord progression. The song properly begins with just the first half of the chorus (known in hip-hop circles as the hook.) Kanye has an eight bar verse, followed by the first full chorus. Kelly Price gets the next eight-bar verse. So far, so typical. But then, where you expect the next chorus, The-Dream gets his four-bar verse, followed by Chance the Rapper’s ecstatic sixteen-bar verse. Next is what feels like the last chorus, but that’s followed by Kirk Franklin’s four-bar verse, and then a four-bar outro with just the choir singing haunting single words. It’s strange, but it works. Say what you want about Kanye as a public figure, but as a musician, he is in complete control of his craft.

Explore music theory and how to use it in pop, electronic, and hip-hop applications to give your productions a bigger impact. With Mainstage courses like The New Songwriter’s Workshop or our harmonic theory focused double-header — Unlocking the Emotional Power of Chords and The Creative Power of Advanced Harmony — you’ll work with a Soundfly Mentor (like these four, below) for 6 weeks on your craft and refining your sound like a pro!