The Broadway musical is such a mélange of parts — often Frankensteined together — that it’s easy to take for granted the weight that each of the creative elements bear. I think ten out of ten composers would agree that songwriting is the most integral of said elements. After all, no music = no musical. That’s about as simple as the math gets.

With so many musically diverse offerings on Broadway, I find it prudent to dig below the surface and look into what combination of elements makes for a great score. Each show must bring with it stunning melodies, harmonies, and storytelling, all sewn together to form a memorable song. But what the hell do the people want?

Over time, the New York theater audience has borne witness as many talented songwriters, often duos of composers and lyricists, scrambled to serve a perfect mixture of art and commercialism — that is, a finished work that can support itself. Straddling that fine line of staying true to form while making producers happy is a balancing act fit for Barnum and Bailey.

Composers must literally be sitting at their pianos, scratching their collective head, and saying, “what the!?” The answer does not come easy. You can’t just drop in a I-IV-V progression and call it a day. It’s far more complex. We’re talking diverse, yet catchy, melodies that not only move the plot forward, but also contain enough vocal gymnastics to make an entire audience leap to their feet at the end of a performance.

The approach to writing one of these here musical scores probably depends on how much credit the audience is given. Does one want to try to play to their musical sensibilities by writing in popular genres that already populate their playlists, or is it more effective to push the envelope and broaden their horizons by touching on styles of the past, and allowing the music of musical theater to be its own true art form? First figure out who your audience is, and what kind of show they’re ready for.

The possibilities in song structure are limitless. You can emulate bubble gum pop filtered through sounds of the 60s like Hairspray. Or maybe you prefer multi-key-changing power ballads like Frank Wildhorn. Then there’s the sounds of Andrew Lloyd Webber and his mega musicals. Ahrens and Flaherty? Shonberg and Boublil? Bernstein, Sondheim, Brown, LaChiusa, Schwartz? I could go on, but there’s no one school of thought.

How do you capture all the innuendo of multiple genres without bastardizing an entire art form? Sometimes you do, sometimes you don’t, and sometimes it doesn’t matter. Embrace the material. Romance sells. Cheesy sells. Beat-driven sells. There’s a time and place for everything under the sun if it’s handled with care and drives the plot. Personally, I like to avoid the many jukebox disasters, pulled from the songbooks of Elvis (All Shook Up), The Beach Boys (Good Vibrations), and Peter Allen (The Boy from Oz)… Of course, Jersey Boys is pretty killer… so there really are no rules.

To me, it’s of utmost importance to write something that resonates with the audience. The songs must embody the story you wish to tell and must be thoughtfully peppered throughout the show to lift the text in the most emotional, comedic, and rewarding ways. The melodies must soar, but also contain enough humility to lend patter to the singers-and-dancers of yesteryear. The harmonies must produce overtones that make the audiences’ ears ring and the little hairs on the backs of their necks stand up. It’s the clichéd, but all too true, X factor. (I can’t stand Cats, but I love Jesus Christ Superstar — same composer, way different reactions from me.)

So, what do you need to know to write a song for a musical? 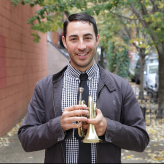