Les Paul, Pirate of the Airwaves? Lester William Polsfuss, the given name of guitar-maker Les Paul, was a legend. His technological innovations, as a result of a sheer addiction to tinkering, were vast. They include multi-track recording, overdubbing (which he famously called “sound on sound“), tape delay, reverb, phase effects, and “the log,” more commonly known as the solid-body electric guitar. Yes, he actually had a hand in inventing all of these now essential facets of recording technology.

When Les was a young boy, he called the vertical planks of the banister on the staircase his “wooden xylophone,” because he would play them every night before bed. At some point he realized one was out of tune so he cut it in order to “tune the staircase.”¹

And then there are his artistic accomplishments, which are also vast. They range from the 1930s all the way to his death in 2009. In the early ’30s, he met Art Tatum and released records both as a front and side man on Decca, usually under the pseudonyms Red Hot Red or Rhubarb Red. He formed a trio with Chet Atkins’ older half-brother Jim Atkins which took him back to New York, where his knack for tinkering on the body styles of the electric guitar really took off.

Throughout the 1940s, Paul played with artists such as Bing Crosby, the Andrew Sisters, and even Nat King Cole. His extremely popular guitar duo with his then-wife, country-western singer Mary Ford, sold millions of records, with many hit songs going gold and topping the charts. Here’s one of Les Paul and Mary Ford’s classics.

+ Learn more on Soundfly: Ever find yourself wondering what all those knobs on your synthesizer do? Learn everything there is to know about synthesis with our free course series Demystifying Synths!

However, Paul, himself, considered his best accomplishment to have happened back in the ‘30s, well before he even adopted the name “Les Paul.”

His self-proclaimed greatest achievement was as a “radio guy” with Booger Brothers Broadcasting System: an illegal radio station he set up in his Queens apartment building’s basement, near the furnace room. The big idea was to showcase all the ridiculously great musicians in the neighborhood at the time, including Benny Goodman’s band, Glenn Miller’s band, Artie Shaw, Jimmy and Tommy Dorsey, Fred Waring’s band, Bobby Crosby’s band (Bing’s brother), and Lionel Hampton, among a “jillion others musicians.” Oh to have been a fly on one of those walls!

Before long, Paul’s tiny basement radio operation had started to jam up the communications of air-traffic controllers at Laguardia Airport. Planes flying over Queens would get scrambled signals of jazz music mixing with coordinates from the tower.

What’s even more fascinating was that when federal agents came to Paul’s apartment to shut him down, one of them ended up becoming one of the station’s bigger fans. Together, Paul and the agent whipped up something called a “wave trap,” essentially an equalizer that got rid of certain frequencies and harmonics that cluttered the airwaves, which solved the air traffic problem!

Update: Sue Baker from the Les Paul Foundation reached out recently to inform us that Booger Brothers’ Broadcasting was not Lester Polsfuss’ first radio station. In his autobiography, Les Paul: In His Own Words, he describes his initial infatuation with radio, as early as the mid-’20s, saying “[radio] was like the Internet today because it connected you with things that were going on all over the country. After I… discovered the best reception was late at night, I’d use the springs in my bed for an antenna and stay up all hours listening to whatever I could find.”

A few years later, he started his own radio station, broadcasting to his residential block in Waukesha, WI.  “I built my own little broadcasting station there in our home… I built a little one tube radio transmitter and lengthened the antenna up to the roof so you could hear it all over the block. People would listen to it around the neighborhood and then come over to the house and talk about it.”

The Birth of “Pirate Radio”

Clearly, Les Paul’s history is fascinating, but pirate radio also has a pretty interesting history. And to understand the importance of Paul’s pioneering effort with Booger Brothers Broadcasting, it’s helpful to look at how pirate radio came to be…

For starters, it wasn’t actually called “pirate radio” until some Danes started Radio Mercur in the late ’50s, illegally broadcasting from a boat in international waters (ever since, “pirate radio” has been widely used to refer to amateur and illegal radio of all kinds). Coincidentally, the origin of pirate radio is also related to maritime activities. “Wireless telegraphy,” the early term for radio communication, was used as far back as 1890 by the US Navy to relay time and weather information to its ships in the Atlantic. Shortly after this practice began, the lack of laws around radio became a problem for the Navy, who had their messages “interpolated” by a “youth”² who had set up a station of his own.

In 1912, President William Howard Taft initiated the regulation of public airwaves, which gave amateurs their own frequencies on which to broadcast (which essentially became the AM frequency band), but also awarded the President authority to shut down any amateur station during wartime. At the outset of World War I, the Navy banned all things radio, only to have their ban thrown out for lack of authority.

Then, as radio became big business, a court case in 1924 between a New York City station WHN, and the American Telephone and Telegraph Company (AT&T)³ made the trade licenses of radio transmitters the legal arbiter of who is allowed to do what on whose transmitters. This in turn spurred the creation of the Federal Radio Commission, an early incarnation of what is now the Federal Communications Commission.

In the decades to follow, due to both technological innovations in amateur radio and audio equipment, and the signing of the United Nation’s Universal Declaration of Human Rights (UDHR) in 1948, which guaranteed the right to free expression (radio included), pirate radio broadcasting gained momentum.

Radio in general became increasingly personalized, as devices became more widely available. There was an explosion of home-radio technology, including radio-controlled model airplanes and citizens band radio (CB radio). It was at this moment that pirate radio stations began their cultural crusade.

Following Radio Mercur, the first commercial offshore radio station, came the UK pirate radio stations, which included the famous Radio Caroline in 1964, the inspiration for the fiction film “The Boat That Rocked,” (titled “Pirate Radio” in the US). In the film, the pirate aspect of pirate radio is pretty essential. Revolting against the one hour per week that the BBC broadcasted rock ‘n’ roll, “small bands of ‘pirate’ radio enthusiasts set up broadcasting towers on boats just outside of English boundary waters, and transmitted signals to an estimated 25 million listeners, 24 hours a day and seven days per week” (quote taken from film description).

+ Read more on Flypaper: Explore the basic blues forms and how musicians throughout time have innovated on them in “Understanding Advanced Blues Harmony”

As a result of claims that pirate radio stations were creating a danger to emergency shipping channels by interfering with government frequencies, in 1967, the British Government enacted the Marine Broadcasting Offences Act, which made it illegal to advertise on offshore radio stations. Two stations were forced to close shortly after, and Radio Caroline had to move their operations to the Netherlands in order to survive, and was renamed Radio Caroline International.

Throughout the late ’60s and ’70s, radio broadcast ships off the European coasts suffered all kinds of tribulations with finances, regulations, storms, and equipment failures, etc. But somehow the Radio Caroline has survived through all of it. In the ’90s they explored the use of satellite radio, but ultimately moved to the dominant music streaming platform — the internet! You can stream Radio Caroline in its somewhat less piratey format here.

The laws have changed, the ships have come and gone, but the culture of free radio “for the people” that Radio Mercur and Radio Caroline pioneered in the 1960s has remained deeply influential today in the UK, Holland, Belgium, and elsewhere. Rinse FM, which championed and helped spread UK electronic music sub-genres such as dubstep, jungle, and grime, is the modern equivalent of pirate radio. While they broadcast online and via podcasts, they insist on illicitly transmitting to London audiences via 100.4FM.

Yet, before all these offshore radio pirates, fighting for their political right to broadcast to open-eared, on-shore audiences, there was the land-locked local tinkerer, Les Paul. Paul’s own pirate radio hijinks were legendary. He amplified his cat, Static, who became the unofficial spokescat of Booger Brothers Broadcasting and could often be heard meowing on air. Paul also “invented” a fictional device called the “Les Paulverizer,” which multiplied anything sent through it — usually guitars or vocals — an effect created essentially by layering recordings on top of one another. On their radio shows, this became a comedic motif, as Paul would joke that his wife could get the house cleaned faster if she Paulverized herself and her vacuum cleaner!

Perhaps the most characteristic legacy of Les Paul’s pirate radio operation was his foresight in recording broadcasts whenever someone special came through the studio. Not only that, but these rare recordings are preserved on home-printed, ridiculously thin red vinyl! What?! Those amazing musicians in Jackson Heights could do whatever they wanted on the Booger Brothers airwaves. As Paul loves to mention, “they played their hearts out.” They could play as long as they wanted and could say whatever they wanted, which may have had an effect on the populist, punkish attitudes of future pirate radio pioneers to follow. Hey, if you’re an unregulated radio station, why censor yourself?

Perhaps it was Les Paul’s influence as a DIY tinkerer, or the virtuosic integrity of the 1940s jazz musicians that willingly holed up in his basement, or maybe even the harmonically scrambled signals soundtracking so many cockpits soaring overhead throughout that time, but something that Paul was doing as a pirate pioneer influenced everything else to come.

Why did music permeate pirate radio from the 1950s through the era of Radio Caroline until today, as the medium representative of free expression? Could it be that music is and always has been the language of free people — something written and performed by and for free people anywhere? Les Paul, one of music’s greatest lovers and innovators, certainly seems to have thought so. 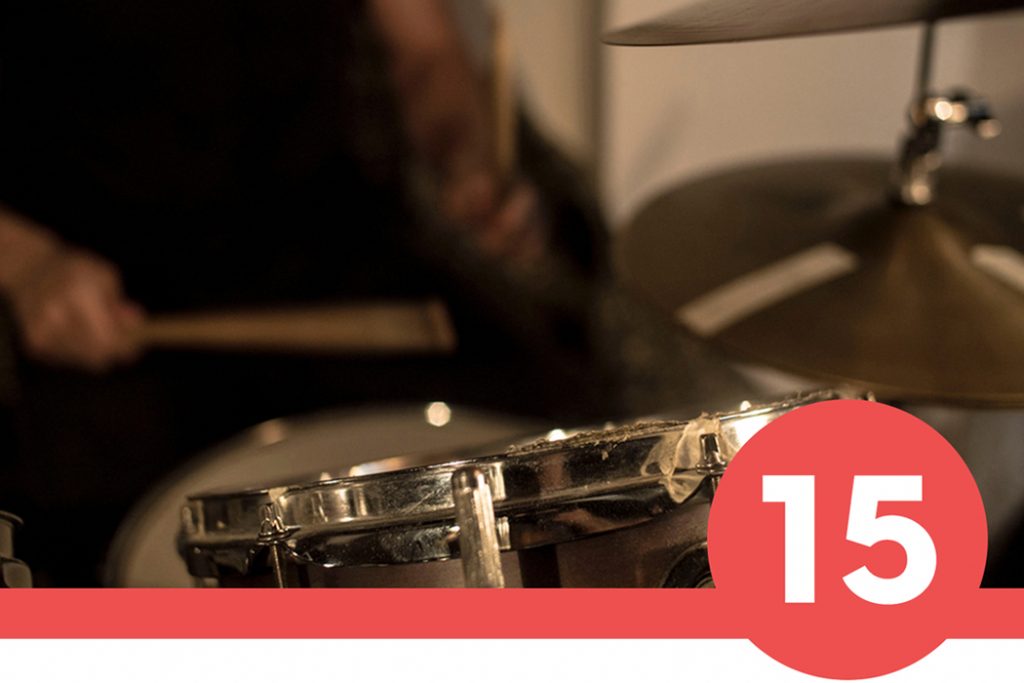