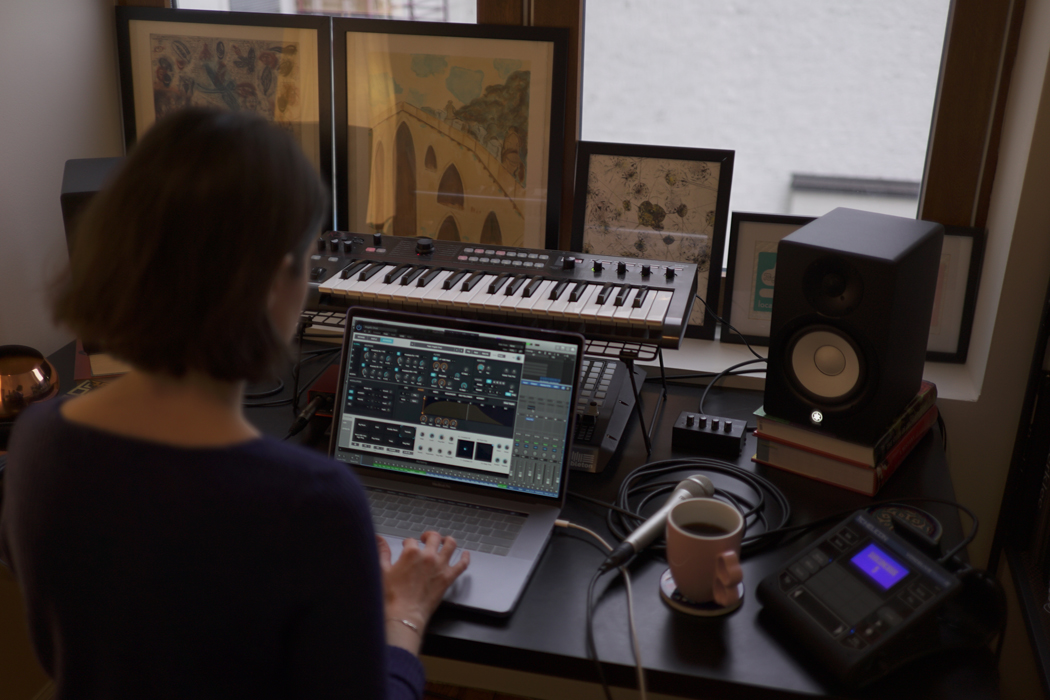 Jacob Collier is a veritable master when it comes to a lot of things. But one thing he’s particularly good at is creating fullness. His mixes always sound fleshed out, both in depth and width. How does he do it? And what can we learn from him?

Well, here are five simple little tricks I’ve personally learned from watching his Logic Session Breakdown videos on YouTube, by getting advice from an audio engineer friend, and through my own experience producing.

But first, for all you singing producers out there, Soundfly just launched a brand new course with Kimbra, in which she herself demystifies her variety of vocal techniques and the creative inspirations behind her most beloved songs. Go check out this in-depth and awe-inspiring new course, Kimbra: Vocal Creativity, Arranging, and Production, exclusively on Soundfly. Above, you’ll see a screenshot from one of Collier’s Breakdown videos. Look at all the layers (and you’d see more if you saw him scroll). Layering up your tracks is the easiest and most obvious way to fill out your mix.

Thin productions and mixes are often a problem with songs recorded by home producers who are learning. I know I’ve had them. The simple act of recording another layer of the same instrument or adding a harmony or a second melody can change things.

Try record yourself singing the melody twice on two separate tracks; or record the same guitar part a second time but with a different mic or mic placement; or record three layers of claps. But layering too much can quickly turn to muddiness if you’re not careful, which is why the next point is important.

Panning is an amazingly simple tactic to widen your track. I used to be timid with panning, but now I throw things hard left and right. I’m talking 60-100% panned in some cases. It depends on the instrument, but you can usually be more generous with panning than you probably think.

It’s a good idea to keep the main vocal track somewhat upfront (not panned too far in either ear), and bass should rarely ever be panned. But all that other stuff — pan away until you’ve got a full and balanced sound.

Delay, when used effectively, can give a song some much-needed space. In case you’re not yet familiar with it, delay is an effect that makes a sound repeat itself at certain intervals. It can make an instrument sound like it’s in a cartoon cave with multiple layers of echo, or a voice sound like it’s doubled, and almost everything imaginable in between.

I would suggest bussing your delay. Here’s how you can do that:

From there, you can adjust the delay effect to your liking from the bus track. You can even turn the delay volume up or down using the gain knob on the bus track. This allows you to easily change the delay on all the tracks at once instead of adjusting it for each individual instrument. Delay is usually something you’ll have to tinker with until you find the sound you want so feel free to experiment.

Reverb is an effect that works really well with delay, but you can also use it on its own. While delay changes the repetitions of a sound, reverb changes the room size.

So, let’s say your delay isn’t creating quite enough spaciousness and fullness. Bus your reverb following the same steps above and gain control over the “room” in which your song lives. If you want a fuller song, a slightly bigger room can help a lot; if you’re shooting for intimacy, keep the reverb close and tight.

The last trick you can use is to tame the high frequencies of your tracks. Higher frequencies tend to get in the way of the true sound of the recording, which can reduce some of the nice, full tones. When you’re mixing, try rolling off a bit of high-end, maybe just <1 dB to start. This should start to bring out those mid-range frequencies a bit more, which is where you can hear more of the natural tones.

However, because every instrument, recording space, headphones, monitors, and pair of human ears are slightly different, there’s no 1-2-3 formula. This is a simple method, but it’s the least simple on this list. It will take some trial-and-error to see what works for your situation.

Here’s one thing I know for sure: If you start implementing even one of these production methods, you’ll notice your song becoming fuller. I’ve been using these tricks for months and my songs are much deeper and wider sounding.