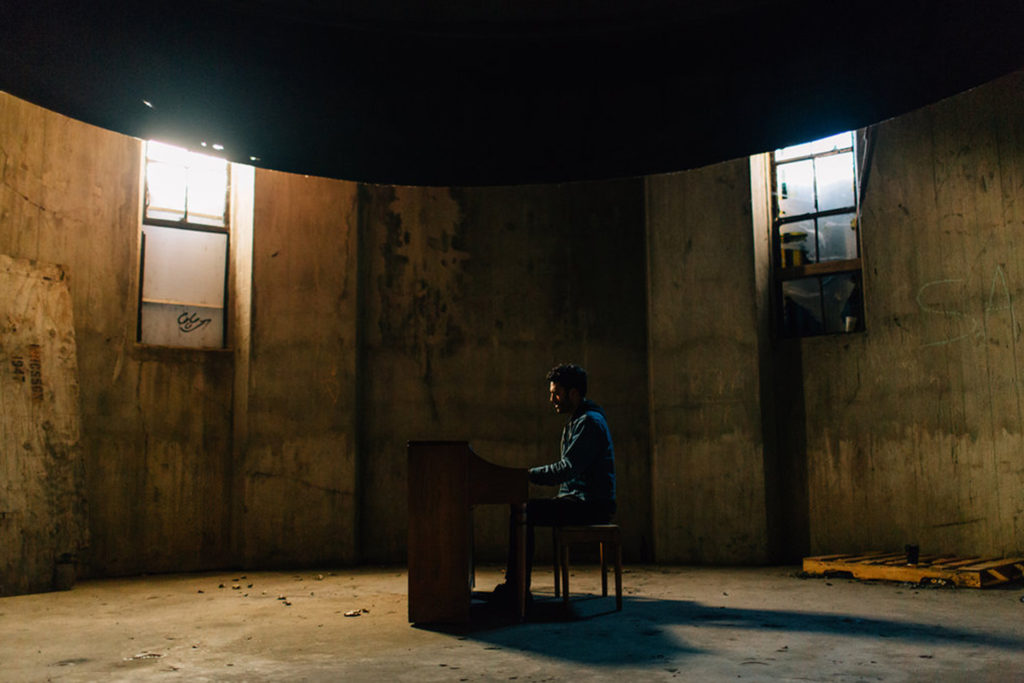 The feeling of resolution in music can be compared to a lot of beautiful things: release, relief, homeliness, that first bite of a snack when you’re really hungry. However you choose to describe it, it should feel “complete.”

There are some chords, however, that do not feel that way. Dissonant chords, for example, are a bit jarring, and literally defined as a combination of notes that are harsh and unpleasant to the ear. So unpleasant, in fact, that one such dissonant two-note interval, the tritone, earned the nickname “The Devil’s Interval.”

Yet, even chords like that have their place in a beautiful resolution. That’s right, dissonant intervals in music can actually be used as a tool to make your resolutions even sweeter. In this article we’re going to explore why and how you can use dissonance for a bigger, more joyful resolution in your songwriting.

First, it’s important to ensure you understand which intervals we’re discussing when mentioning dissonance. The dissonant intervals in music are tritones (an interval of three whole tones), major and minor sevenths, and major and minor seconds. If you take a moment and play any of these intervals on the piano together, you’ll see why they earned their reputation.

It’s also important to note that the most dissonant chord in a scale is the vii° chord, which we’ll get more into a bit later. Using dissonance to make the payoff of your resolution even greater can be done in many ways.

To learn how to reach resolution from dissonant intervals, it’s important to understand consonance. Consonance is when notes played together in music sound pleasing to the ear. They sound “complete” right out of the gate. For example, this will be your major and minor thirds, perfect fourths and fifths, as well as your major and minor sixths. Octaves technically count as consonant intervals as well.

To resolve in music, you’ll want to be moving from dissonance to consonance once.

+ Read more on Flypaper: “How Do You Make an Audience Feel Nostalgic with Music?”

The V7 to I Resolution

The V7 is played by adding a minor 7 (a dissonant tone) to your perfect V chord. For example, in the key of C Major, your V chord would be G, played:

To add a 7th you would simply include an F to that chord and there you have it.

The tension of the 7th added onto the perfect fifth chord causes the chord to feel as if it’s leading somewhere — with the discomfort of the dissonance propelling us forward so that when we resolve back to the home base of our scale, the resolution feels complete and ultimately expected.

The V7 to I cadence is usually prefaced by a II- (minor 2nd) creating what is commonly called the ii-V7-I progression. Using the minor chord to set up the dissonance of that seventh tension on the fifth chord makes the resolution that much more satisfying.

The vii° chord is considered the most dissonant chord for a reason. Why, you may ask? Well, this chord is a seventh that has a diminished fifth within it. For example, in C Major, the vii° chord would be B diminished which plays as:

B and F together are a tritone apart, making it an inherently dissonant chord.

One of the most common uses of dissonance you’ll see in music is the vii° resolving to the I chord (the root). Now, I use the word common loosely here as the vii° chord isn’t too frequently used given its dissonant nature.

However, when it is used, the resolution back to the consonance of your I chord is hugely satisfying. So it’s a tool to be used when the song truly calls for that type of resolution. Try it out on your own and see!

Believe it or not that gorgeous sounding Sus (or suspended) chord you’ve been playing sounds that way because of — you guessed it — the dissonant interval used inside it.

For example, when you play a Sus2 of a chord, you omit the third of the chord you’re playing in favor for the major 2nd, creating dissonance within the chord. With a Sus4, you would do the same, however you’d play the fourth instead of the third.

Let’s use our C major chord as an example. Typically you would play:

Csus2, however, would be played:

And Csus4 would be:

The second interval between our C and D in the Csus2, or our F and G in the Csus4, is always considered to be dissonant and therefore, that beautiful sounding chord inherently qualifies. So, how do you use that to resolve harmonically?

Well, there are two different resolutions you can create here. A smaller resolution from the Sus2 of the chord back to the major version of the same chord, or, a larger resolution by moving on from the chord altogether to resolve to another major chord in the scale. Experiment with which resolutions sound best to you, and see if you can build a progression around that!

As always, do what feels right. Let your ear guide you.

Now that we’ve discussed a few common examples, let’s talk about when and where to use this dissonance to consonance combo to give you that big desired effect.

First and foremost, it depends on the kind and genre of song you’re working with. For example, if you’re a jazz musician, you’re probably going to be dabbling around with this combination quite a lot throughout songs. However, if you’re working in contemporary pop music, scarcity is going to be your best friend; you want to make sure you’re building to that one, big payoff.

Either way, it’s good to note that using this intentionally where you want tension to be felt in your music, can create a massive impact. Whether you decide to play a series of dissonant intervals, notes, chords, or melody, or simply one short example, you have control over your listeners’ emotions when you do so.

Dissonance and consonance can both be your musical best friends (there’s no need to choose!). Now that we’ve delved in and explored them together, we hope that you’ll explore the combination for yourself. Remember: there are no rules in art. You just create it.

If you’re still hungering for more information on this subject, check out “An Intermediate Guide to Chord Tones and Tensions” right here on Flypaper.