An Introduction to Acoustic Harmonics and Partials + This lesson is excerpted from Soundfly’s course, Advanced Synths and Patch Design for Producers. To access the rest of this lesson, plus hundreds more videos and tutorials on production, songwriting, composing, mixing and more, subscribe here.

Soundfly’s Advanced Synths and Patch Design for Producers course has an entire section dedicated to using FM synthesis as a unique sound design and patchbuilding tool, and it’s one of our favorite forms of synthesis for all the powerful applications it can provide.

And while hardware synths and computers that incorporate FM (or frequency modulation), such as the Yamaha DX-7, have in the past tended to be pretty pricey, nowadays you can utilize FM in a number of free and cheap soft synths and plugins, such as Dexed (which is free!), Ableton Live’s Operator, Native Instrument’s FM8, and Serum.

In this lesson, we wanted to talk about some of the terminology at the basis of how FM synthesis works — which is similar to how FM radio works — and help you understand the acoustic phenomena responsible for wave modulation. But first, here’s a quick primer on FM synthesis in general, culled straight from the course.

Let’s break down a few pieces of acoustics vocabulary from the video above.

As we just mentioned, the harmonic series plays a major role in acoustic sound generation. When you pluck a string on a guitar, the note generated has a unique harmonic signature, with different harmonics (sine waves!) represented at different amplitudes, or levels.

The fundamental is the strongest frequency present in the signal. This is what defines the tuning or pitch we hear. 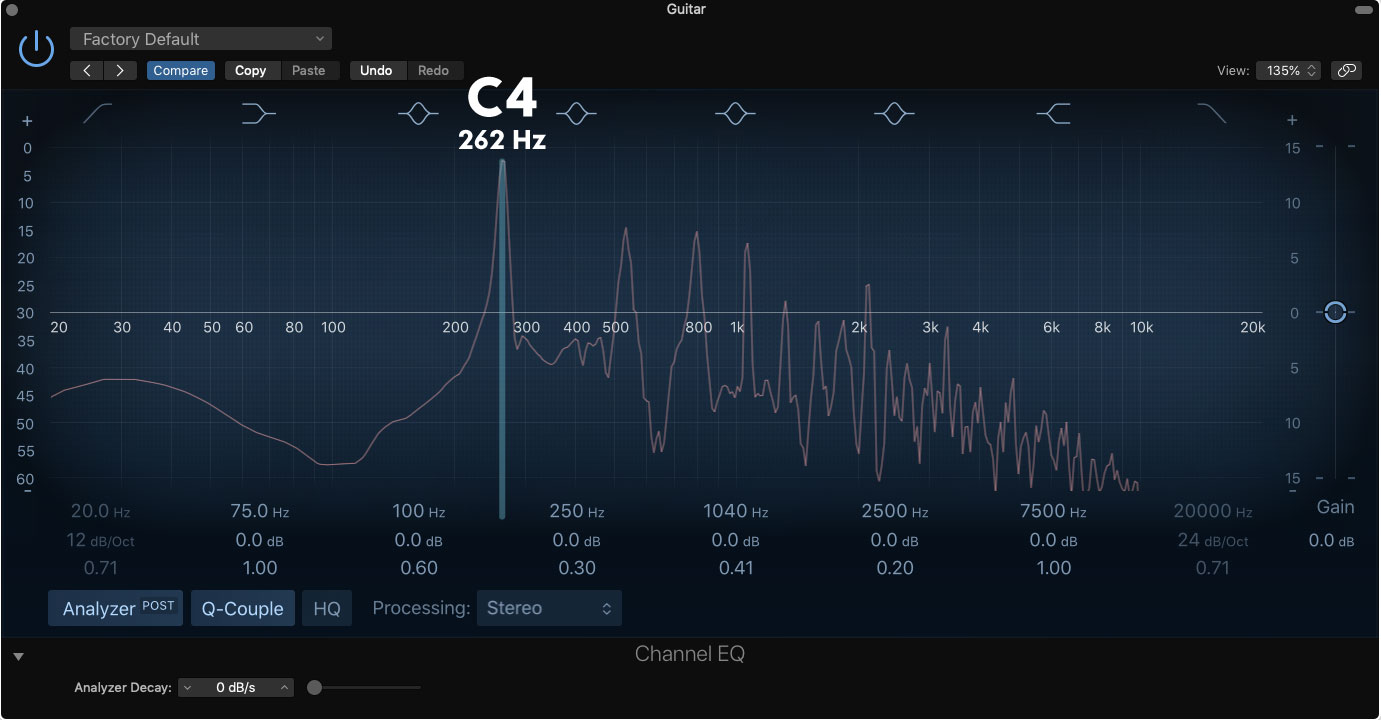 The other frequencies we see represented are called overtones. These are the unique frequency components that make up the sound above the fundamental. There are a couple of different types.

+ Read more on Flypaper: “The Weird and Creepy World of String Harmonics.”

Harmonics are overtones that are integer (whole-number) multiples of the fundamental frequency, following a predictable pattern referred to as the “harmonic series.”

If C4 is our fundamental at 262 Hz (rounded), mathematically represented as 1f, we can find our other harmonics through simple math: 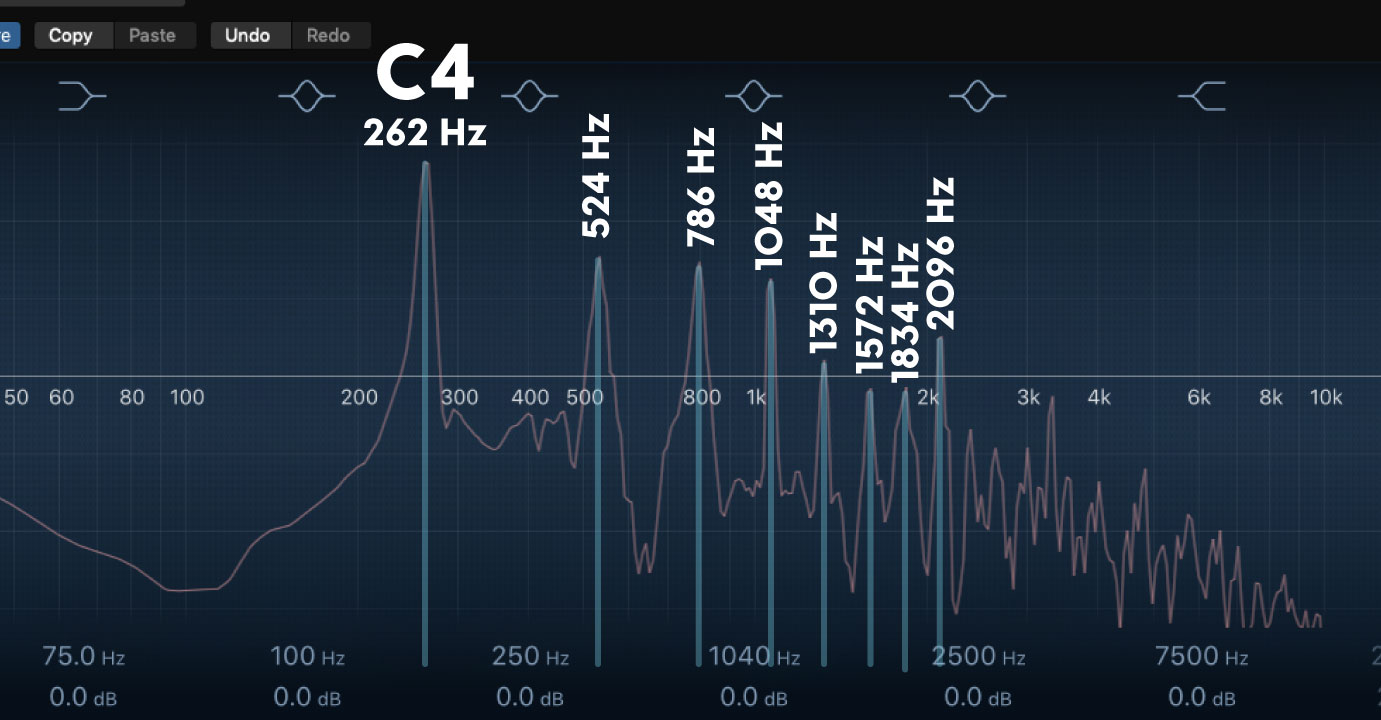 When a sound contains frequency components from outside of the harmonic series — in other words, non-integer multiples of the fundamental — we refer to them as inharmonic frequencies. (These are indicated by the translucent yellow lines between the harmonics below). 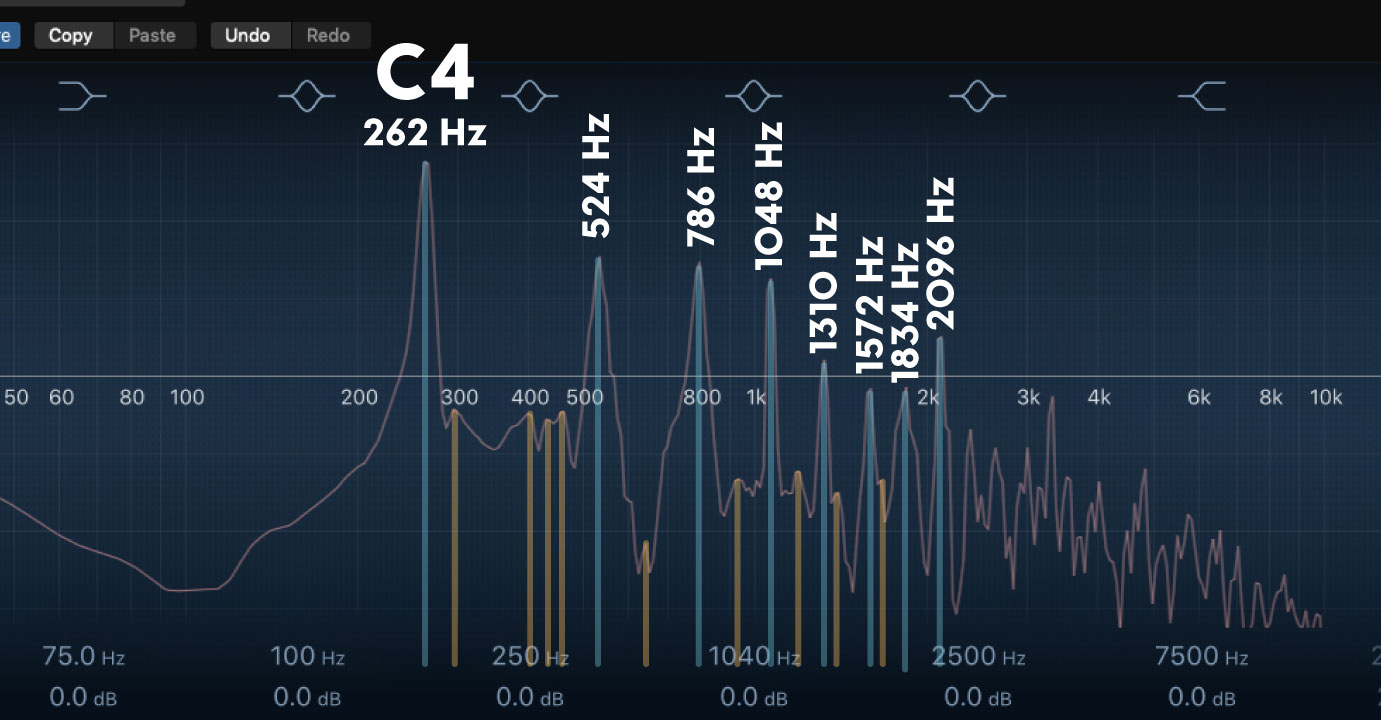 Organically generated sounds, like guitars, contain a combo of both harmonic and inharmonic components. If we were to build a sound out of only the harmonic series, we wouldn’t necessarily arrive at a sound with the same sort of sonic signature as a guitar. Those inharmonic frequencies come from things like the soundboard, the soundhole, the type of wood, the strings, etc.

In your explorations with FM synthesis, you’ll generate both harmonic and inharmonic sounds all the time. The sort of catch-all word for these frequencies is partials. Partials can occur above and below the fundamental frequency, can relate harmonically, or can exist inharmonically in relation to the fundamental.

We’ll spend a good bit of time ahead referencing the harmonic series as we discuss the tuning of our FM operators in the rest of the Advanced Synths course. Don’t get caught up in the numbers. Just hang on to the big takeaway from this lesson: Organic sound is made up of harmonic and inharmonic partials.

We can lean into synthesized textures when we over-exaggerate one type over the other, and create more natural sounds by combining both together. 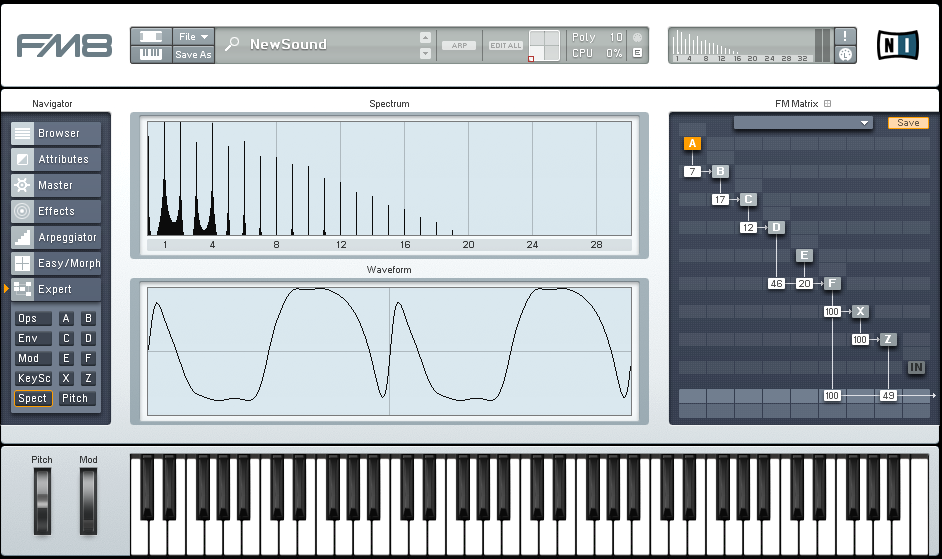 That’s a heap of vocab! Take a deep breath!

We just wanted to give you a rundown that can help you unpack some of what you’re hearing, and help lead you to informed patching choices ahead. If you’re head’s spinning a little, don’t worry, they can simply be a jumping off point to explore more aspects of your sound design process at will.