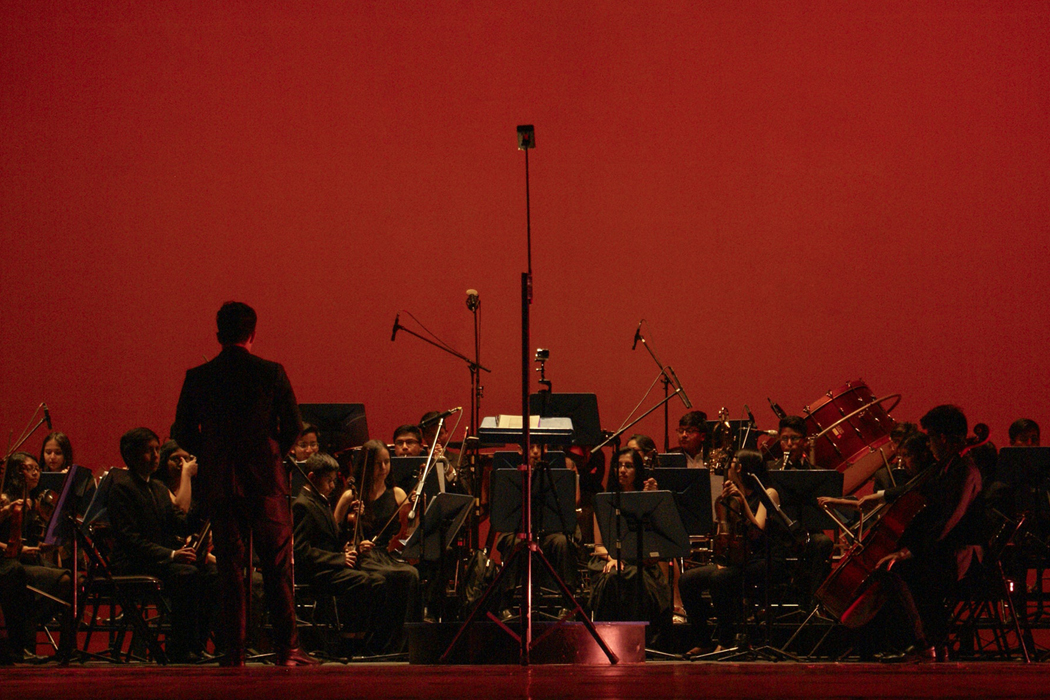 Hey, we’re not all making electronica and indie-rock here. There’s a whole world of creativity (and frankly, money, if you’re good at it) to be found in orchestral music – especially since high-fidelity orchestral samples are becoming so sought after these days.

But mixing a live orchestral recording can be a bit different than mixing a rock band or an electronic track. Here are five of our top considerations to keep in mind if and when you find yourself mixing orchestral music.

This may be disappointing for all you tinkerers out there, but the number one key to getting a great orchestral mix is a great input source. That means great arrangement, great performance, and great recording. If you’re mixing tracks from a real orchestra, you’re probably getting an awesome set of tracks — but make sure! (If you have anything to do with it to begin with.)

If you’re using orchestral samples from a library, make sure you use high-quality stuff, and do your homework. Don’t arrange instruments in ways that wouldn’t be humanly possible for an orchestra, don’t have instruments play out of their actual range, and take the time to really get it sounding right at the writing, arranging, and recording stage. This ain’t no “fix it in the mix” stuff.

If you’re interested to learn a bit about the basics of arranging for the string section of an ensemble, or a quartet, definitely check out Soundfly’s course, Orchestration for Strings.

Orchestral music requires a much larger dynamic range. So, this is not the mix you want to squash to oblivion with the hardest, baddest compressor in your kit. Since classical, orchestral pieces are often long — and the transitions between loud and soft tend to be slower (sometimes!) — you may find that manually applying subtle fader automation helps reign in a dynamic range that’s too big.

You’ll probably end up using a bit of limiting at the end to tame peaks — but do so slowly. In general, orchestral music doesn’t call for a whole lot of processing, especially compression and limiting.

Where you position instrument sections in an orchestral mix is crucial; even more crucial than other genres, because orchestral music tries to sound real, even when a recording is sample-based.

Think about the audience’s perspective, where they might be seated in this virtual auditory space, and place tracks in the mix in a way that makes sense given the concert hall setup — as if you were there. Watching live orchestras while listening deeply can help with this; for example going to see an orchestra live or listening to a few commercially available recordings for reference.

Or, don’t. You may find yourself breaking the rules, and that’s okay too. Just remember that panning is a major component in an orchestral mix — unless your source is only one stereo pair — then just try to the best with what you’ve got!

All mixes exist in a three-dimensional space — not just left and right. The main way we position elements closer and farther back is with judicious use of reverb. As with panning, reverb is an even more important part of an orchestral mix than normal.

In a live setting, one would almost never hear an orchestra without a large influence from the hall or space in which it’s performed. So, when mixing an orchestra, reverb may be your number one concern. But here’s something important: live orchestras present a coherent unit of sound coming at you from a stage in a well-designed concert hall, so an orchestra mix may be a good candidate for having one shared reverb buss, rather than different busses and different effects for different instruments.

Depending on your recording, though, you may find yourself with plenty of natural reverb already there, which brings us to our last concern…

+ Read more on Flypaper: “What Working in Surround Sound Did to My Stereo Mixes.”

Orchestral music may be the most “natural” and “organic” kind of mixing you’ll ever do. If the track sounds great out of the gate, you’re mostly going to have to leave it alone; even if the engineer in you is telling you otherwise. Some orchestral music is so well recorded that the mixer’s job is basically to get out of the way.

If this is the case, check the mix on various systems and listen for any problem areas, applying subtle EQ cutting as needed and as little other processing as possible to let it shine forth.

Orchestral music can be really fun to mix. And yes it can be a challenge, especially if you’ve got a lot of separate tracks to weave together into one coherent tapestry. But it’s also a gentle art that can be quite subtle and rewarding when all the pieces fit into place like a jigsaw puzzle.

Mixing orchestras requires a soft touch, a keen ear, and a lot of faith in yourself and your sources. It’s definitely not rock and roll mixing, but it can be just as epic!

Ready to Learn More About Mixing?

Head over to Soundfly’s mixing course double header: Faders Up: Modern Mix Techniques and Faders Up: Advanced Mix Techniques now to get hundreds more lessons on mixing and engineering. With Soundfly’s all-access subscription, you’ll be able to go through every course on the site at your own pace.