Why Loud Bass Is So Problematic in a Mix If you’ve done any mixing work at all, either of pre-recorded music or for live sound, it’s almost guaranteed that you’ve run into the “bass problem” on one or more occasions. By “bass problem” I’m referring to the fact that the bass frequencies (low tones) tend to be incredibly temperamental.

One moment it feels like the bass is barely noticeable. Then you turn it up slightly louder and suddenly it feels like it’s taking over everything, creating a muddy, boomy sound that threatens to drown out all the other sounds present. It’s frustrating to say the least.

So, what exactly makes bass so problematic in your sound mixes?

The primary reason for the issue with bass is due to the psychoacoustic effect. The psychoacoustic effect stems from the impact of the particulars of our human auditory sensory perception on the sound waves present in the air around us. This sensory impact is due to both the physical design of our ears and the way our brain interprets the sound waves that enter our ears.

For bass tones (low frequencies) it turns out that we generally need to have much stronger levels of intensity to feel that it has the same relative volume level compared to other tones. And if we listen to a full collection of sounds (low, mid, and high tones such as you might find in a typical song) as the overall volume of the whole collection is turned up louder, the bass sounds appear to ramp up in volume faster than the other tonal ranges.

The first problem that we encounter due to the way the psychoacoustic effect causes us to perceive bass tones is that we need to push much more sound power into the lower frequencies to make them seem equally audible to the middle and higher range frequencies.

But, there is only so much available headroom in a given mix for all your component sounds to combine without clipping (going beyond the maximum volume level limit the mix can carry).

This means you’ll end up giving up an inordinately large portion of the available volume room to allow enough bass energy for it to be equally noticeable in the combined sound mix. So, if you’ve pumped in enough bass to where you begin to feel like you’re hearing it nearly as loud as the other tonal ranges in the mix it’s quite likely that you’ll see your master volume level meter begin to hit “the red.”

This is because so much more actual volume is present in the bass tones than what your ears and brain are telling you is there. In order to avoid overdriven master output levels when the bass has been turned up sufficiently you might now find that you have to reduce the levels of all of your component tracks present in the mix, thus leaving you with a fairly quiet resulting mix.

Now we come to the second problem that results from this impact from the psychoacoustic effect. You have just turned down all your levels in the mix in order to make sure there was enough room for bass levels that you can hear sufficiently even sounding with the other tones, while avoiding clipping distortion due to overdriven master output levels.

But, as soon as you apply master output fader mastering settings to boost the overall volume level up to something reasonable, the bass that appeared to sound balanced at quieter volume levels now threatens to overwhelm the entire song and becomes the strongest sound in the mix.

So, how can you avoid this problem? 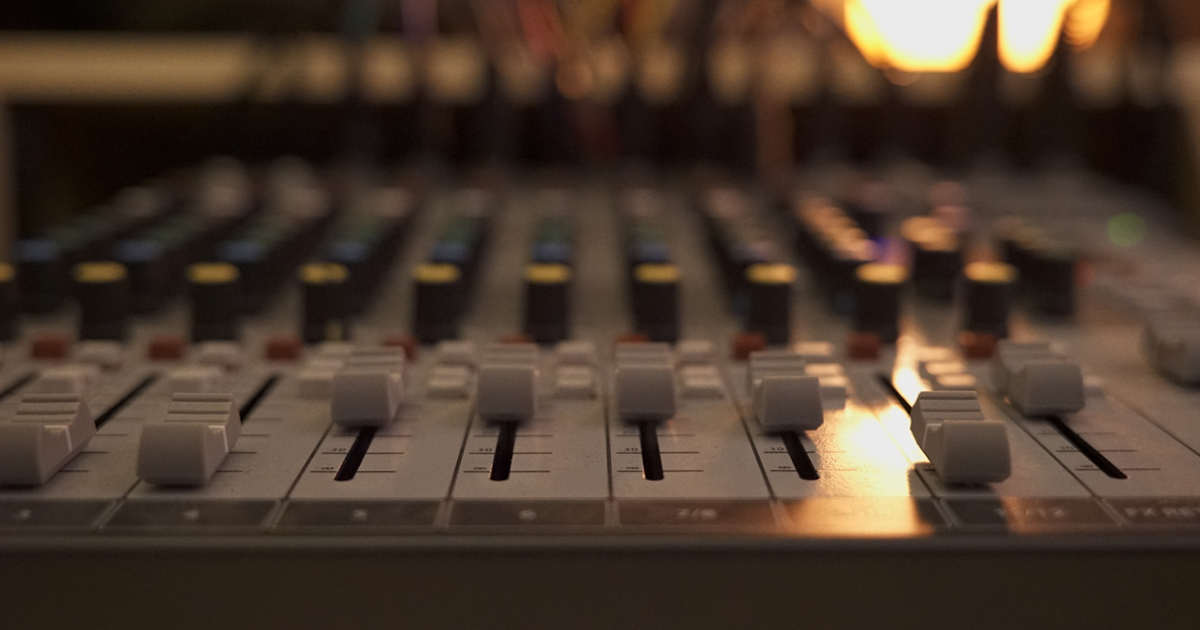 + Read more on Flypaper: “How to Tame Unwanted Low Frequencies Out of Your Mix.”

One way is to use a temporary strong compressor and/or limiter on the master fader that you turn off and on while in the process of mixing in order to hear how it sounds at higher volume levels, allowing you to make a judgement call about how your bass will sound when turned up louder.

Another method is to remove or greatly reduce some of the midrange elements in a mix that perhaps might not be necessary for the song, which would allow for more volume space you can use for the bass so that you don’t need to turn everything down in your mix quite so much.

In addition to the psychoacoustic effect, some other contributing factors to “the bass problem” are listening space resonance issues and speaker deficiencies in reproducing low frequency sound.

Bass frequencies present in a mixing space that is not properly designed to control room resonance can ring out very strongly and overpower the other sounds. This makes it seem as if it’s playing back from the speakers more loudly than it actually is, adding to the difficulty of properly balancing the different sounds with each other.

If you have small speakers they may not reproduce low frequency sounds as well as larger speakers. This can lead to the mix sounding thinner or lacking in bass tones, when in reality that bass energy may be there but your speakers simply aren’t able to sufficiently produce it in an accurate manner.

Again, this adds to the complexity of trying to mix your sound for an even and balanced bass sound.

Ultimately, it’s up to you to choose how much bass you feel is appropriate for your song.  But, due to the way human hearing works, as well as practical impacts due to the physics of sound resonance and sound reproduction, there will always be limitations you will have to deal with. Sometimes the best solution is simply a trial and error approach to how you manage the “bass problem” for your particular situation.